The food of Sikkim is a unique blend of Nepalese, Tibetan and native Sikkimese food. The people of  Sikkim use a variety of local ingredients to make their special food. As a tradition, the natives of Sikkim depend on root vegetables, ancient grains, and red meats.

It is one of the most unique states in the North East. Sikkim has become home to a variety of people coming from across the Tibetan plateau and Himalayan range and because of its mixing variety of people, we can find a variation of East Asian inspired food in Sikkimese cuisine. The food variety of Sikkim is primarily non-vegetarian but vegetables are used in their dishes that they prepare in the form of fermented vegetables, which enables them to be preserved for a longer time.

There are various food options for the traveller to explore. Some of these options are Nepali and Tibetan cuisine for ethnic groups like Lepcha and Bhutia, irresistible North Indian cuisine that is found in worldwide restaurants. Each and every tourist destination of Gangtok is filled with various restaurants and pubs. Tibetan street food is also available easily here. Sikkim has various popular food items in their list of food. We can find from Sikkim's famous food and Street food of Sikkim, the perfect balance of taste and nutrition full of spices, and we would surely enjoy both immensely here.  Any food here in Sikkim is unique and straightforward, ranging from Momos to Thukpa. It is impossible to deny that they made the vegetables sound delicious and the flavours we feel here will tell us forever how magnificent this place is. 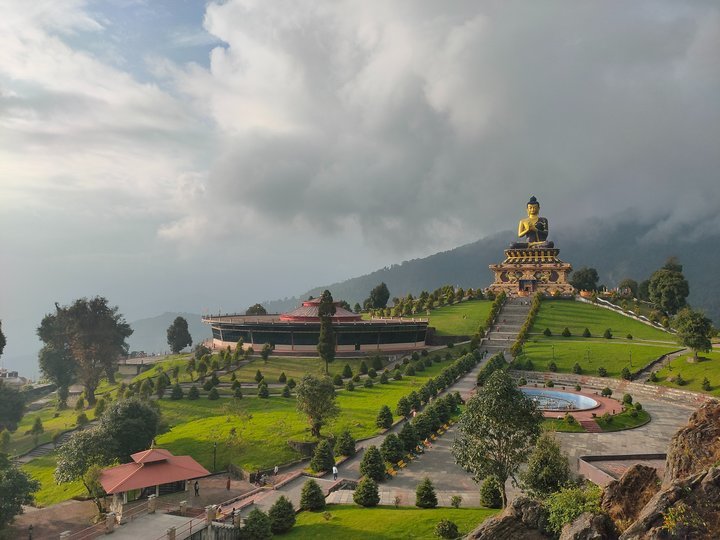 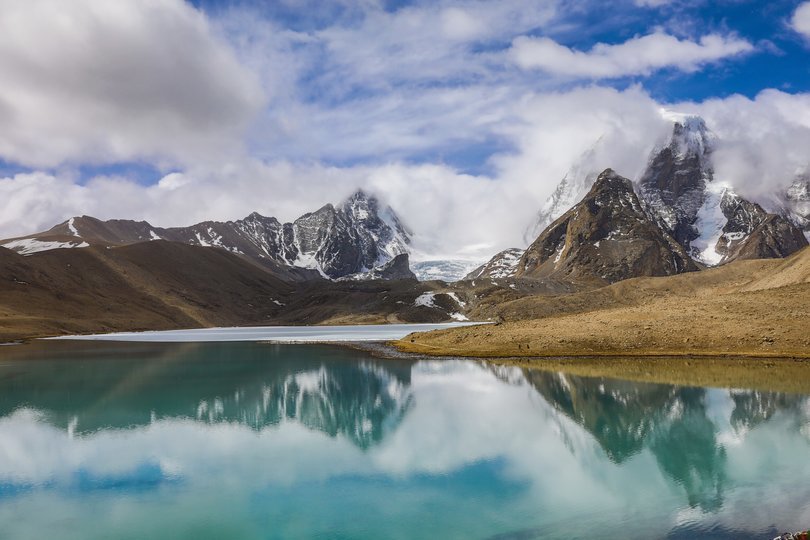 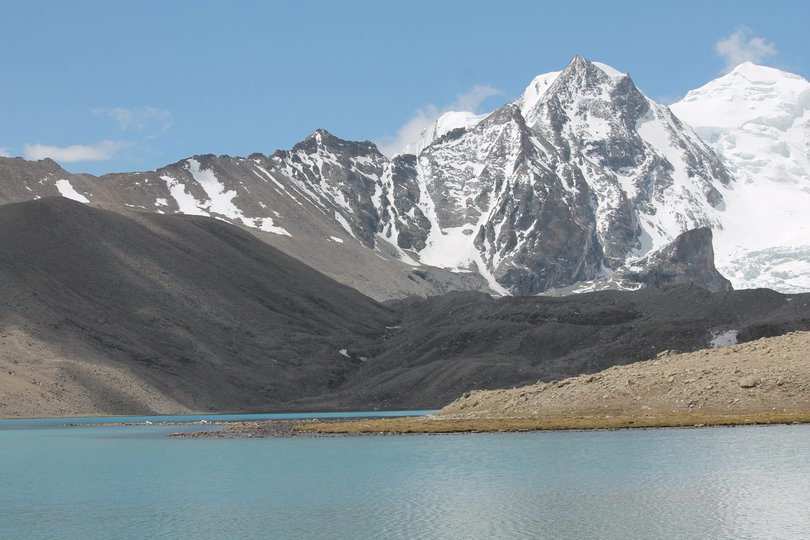 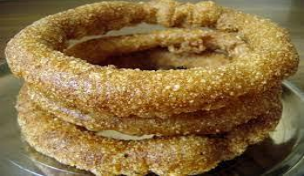 Sel Roti is a popular food of sikkim. This is also one  recipes Sikkim has adopted from its nearby countries.

this is a famous dish in Nepal, but it is also found in Sikkim. It is made from rice flour made at  home. Rice is washed and soaked in water, and grounded to form a good flour. It is further mixed with water to form a paste, with sugar, cardamom, and other spices are also added according to the choice of the eater. The mixture is dropped into hot oil in a ring-like shape. This dish is mainly found in Kumaon.

As simple as Dal Bhat is also known as one of the famous foods of Sikkim. This is an ancient Nepalese dish which is also known as Dal Chawal in India. It is considered as a  comfortable meal and famous for food of Sikkim for most of them and it consists of boiled rice and lentil soup that can be made with any variety of lentils often served with pickles. It is a popular food of Nepal

is a popular cheese of Indian-origin which is made from yak's milk. This is a  traditional soup in the Sikkimese cuisine which is often served as a welcome drink. This dish is famous and one of the popular soups from the north eastern state of Sikkim.

Yak riding is famous in Dzongri and Tsomgo Lake and is mainstream among visitors.

Food of Sikkim has a variety of delicacies and a wide variety of exotic must try dishes. The traditional food of Sikkim, we can classify it further like Traditional food of Sikkim, Staple food of Sikkim and Vegetarian food in Sikkim based on its unique flavours and  delicacies. About the food of Sikkim people, mainly travellers and tourists who come to visit the place come in search of the unique flavours and the taste of Sikkimese food that how the food is prepared, from how long are the locals preparing the food, about the unique ingredients and recipes involved in making the delicious and mouth watering dishes and the  places where they will get the dishes. The popular dishes of Sikkimese food and the secret of  the taste comes from their way of preserving ingredients and in some cases fermenting the ingredients also.

is a famous food of Sikkim and is something one cannot miss at any cost. It can also be used as a pickle and is eaten mostly with paranthas and other dishes. It is made out of radish taproots. Radish roots are cut into small pieces and filled into bamboo and stuffed over with straw and then covered with vegetation and mud for about a month. This dish will stay fresh for a long time and is ready to be used in stews and soups. This uniqueness of this dish makes it one of the traditional foods of Sikkim. It is popular in Darjeeling district, Sikkim and Bhutan.

Another good food in Sikkim is Phaley, this dish originated from Tibet and is literally heaven on our taste buds.

is similar to momos but bigger in size and not steamed but fried. It is made out of flour dough having fillings such as ground beef, boneless chicken, or vegetables. It is then shaped into semi-circles and deep-fried in oil. As different people are having different  demands, a lot of variations have been made to this traditional dish, and people have likely accepted  the addition of cheese and tofu to the stuffing. Even if we are a vegetarian or vegan, we can enjoy this  delicacy with vegetables or tofu filling. We can find it commonly as momos and thukpa in restaurants in Sikkim. It is a famous food of sikkim. We can find this dish in The Roll House in Gangtok and is probably the best place to try this dish at.

is also one of the favorite traditional foods of Sikkim. It is a hot n spicy vegetable soup

cooked with fermented vegetables- tomatoes, garlic, and onions. We can find both vegetarian and chicken versions of the dish available. We can also find almost every kind of locally grown vegetable in this soup, but the most common vegetables are carrots, bell peppers, spinach,  cauliflower and celery. This soup is mainly prepared in Sikkimese households but found in restaurants also.

is a famous food of Sikkim and it is available in almost all restaurants but it is better to buy it from a local vendor as they provide us with the most authentic taste that we can find.This dish is consumed mainly by the people in the district of Darjeeling and in Ladakh region of India.

About the staple food of Sikkim, their early morning meal or as breakfast which we usually call as an individual drink is a full mug of tea and curry as a meal.

is also commonly eaten by people in Sikkim. People here will usually have this as a light lunch or snack in the evening time. The finger millet here is known as kodo in Sikkim. The millet is  grounded into flour and mixed with water and either salt or sugar to make pancakes. This can be eaten with tomato chutney or other local side dishes available. The Staple food of Sikkim also includes momos and thukpa as well. This is common food and is usually found mostly across all places in Sikkim.

Next, about Vegetarian food in Sikkim, there are many snacks and other main dishes that give  us the authentic taste and flavours of Sikkim food. Such foods include Khapsey, Chupi-Ningro Curry,  Kinema, etc.

is a griddle pastry-like thing that can be salty and sweet  in taste.This is eaten and  made mostly on occasions and also at Tibetan weddings. These are dough shaped in beautiful different  shapes and sometimes colours are also added to make it look attractive. This snack type dish is a beloved dish and is commonly offered at Losar.

Chhurpi is a kind of local cottage cheese in Sikkim and is loved by all. This can  be mixed with many items to make a dish of its kind, but the most famous is chhurpi-ningro curry. Chhurpi ningro curry is made of  cheese cooked  with onions, tomatoes, chillies and also some rich spices like turmeric powder, chilli powder and rarely bamboo shoot also.

Chhurpi ningro curry is common for the locals, but if you never had it before, you must try it for its irresistible taste. This dish is completely used up in the Himalayan region of Nepal, Sikkim , Darjeeling, Bhutan, Kalimpong and Tibet.

is a  very common vegetarian food in Sikkim and its favorite food in sikkim. It is made of soybeans, which  are boiled and fermented to attain a sticky texture.The locals serve kinema with rice. Some vegetarians  consider it as a substitute for meat. It is super high in proteins. This recipe is a different kind of dish  which is a common food for the locals living here. This dish is mainly prepared by the Limbu and Kirat people of the eastern region of Himalaya (Eastern Nepal) and Darjeeling, Kalimpong and Sikkim regions of India.

Other than these three authentic vegetarian foods in Sikkim, they also have Gorkhey chutney, which  is basically one of the most famous delicious foods in Sikkim served as a side dish.

The recipe is really simple but is mouth-watering. It is made with onions, tomatoes,  green chillies, and spices and sometimes cottage cheese is also added. This chutney is found widely in almost all places in Sikkim.