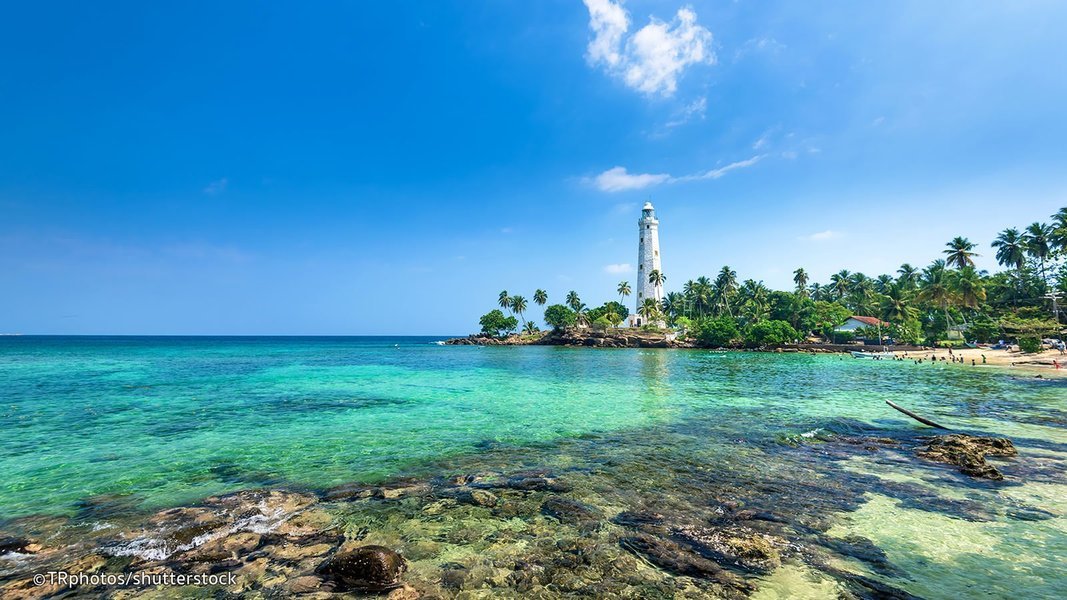 Experience the varied landscapes from Beach to Hills to Waterfalls to Wildlife as we offer you the best bike trip across Sri Lanka. The terrain changes within few km as we travel from North to South. You begin your Journey from Negombo and head towards the hills in Kandy, enroute visit Pinnawala an elephant orphanage and also enjoy the various cultural dances. As you go further you enter the dense mountain range and explore jungles with adventure on every turn in Knuckles range. Continue riding as you hit a series of waterfalls called Ramboda and Visit Tea Factory and Horton Plains National Park. Enroute you ride to visit the Ravana Ella, Buddhist rock and Yala National Park.  Explore the famous Mirissa beach and spend some relaxing time there. You can also visit the historic city of Galle and explore the Dutch Fort. Continue your tour to Kitulgala and indulge in some adventure activities. Conclude your tour,and get transferred to the airport for your return journey.

On arrival at Bandaranayake International airport, you will be welcomed by our destination specialist who will take you to Negombo. The economy of the town and the region is mainly based on tourism and its centuries-old fishing industry which continues to thrive today – making it a paradise for seafood lovers. Here, myriad cultures mix and exist freely. The town, which is predominantly Roman Catholic, is called “Little Rome” due to the highly ornate Portuguese-era Roman Catholic churches found within it. However, Buddhists, Hindus and Muslims too have significant landmarks of their own – often next to each other. Several buildings also date back to the Dutch and Portuguese colonial era, including an ancient Dutch Fort gate built in 1672- now a part of the prison and the Dutch Canal which was a supply route to the administration. The 100km long canal – still very much in use, runs through and a boat ride will offer a different perspective of the city. The wide beaches and the gentle surf are ideal for water sports and a few well preserved coral reefs and a 50 year old shipwreck attracts divers too. Arrive and check in to the Hotel. Dinner and overnight stay at Leighton Resort.

After Breakfast, start your ride to Sigiriya.  The ultimate icon of Sri Lanka’s historic past, the giant rock fortress of Sigiriya arises high above the flat landscape, surrounded by jungle on all sides. A testimony to the inventiveness of the ancient civilizations of the land, the once impenetrable stronghold of King Kassapa, ‘Sihagiri’ or Lion’s Rock as it was called then, is considered to be the 8th wonder of the world today. The feats of artistry, architecture and engineering at Sigiriya continue to impress visitors with their utter magnificence, even thousands of years on. Intricately landscaped pleasure gardens sprawl out below the rock, giant lion paws hewn in stone mark the entrance to the fortress at its foot, a highly polished mirror wall still carries the scrawled writings of ancient poets. Arrive and check in to the hotel. In the evening, climb the sky fortress of Sri Lanka. Dinner and overnight stay at Saunter paradise, Sigiriya.

Breakfast at the Hotel. Check out and ride to Matale via Knuckles. Visit the Dambulla Cave Temple.
The largest and the best preserved cave monastery in the island, Dambulla is a sacred pilgrimage site for followers of Buddhism for no less than 22 centuries. A cave complex comprising five sanctuaries, they were already established as important monasteries as far back as the 3rd century BC. At first, the caves were a refuge for King Valagambahu in 1st century BC. Returning from exile to his throne at Anuradhapura, he turned the caves into a magnificent temple for the monks who sheltered him. Protected and enhanced by successive kings it has continued to be a place of great religious significance up to today.

A World heritage Conservation Area with a wide array of endemic fauna and flora, it is still very much an untouched zone of astoundingly rich biodiversity. With varied terrain of grasslands, rugged mountain peaks interspersed with streams and cascading waterfalls it is an 18512 hectares of paradise for trekkers and nature lovers alike. The Knuckles mountain range comprises 34 peaks between1900 meters to 900 meters in height. The five high peaks of the range looks similar to a clenched fist from a distance, hence its name. The popular hiking trails lead to a drop called ‘mini world’s end’; the high vantage point of ‘Corbett’s gap’, to the ‘Nitro’ and Augallena caves, and you can explore the rural village of Meemure along the way. Dinner and overnight stay at The Grand Mountain Hotel, Matale.

Breakfast at the Hotel. Check-out and ride to Kandy.  En route - visit to the Spice Garden in Matale, 20 minutes Head massage for the travellers visiting the Spice Garden). In the evening, walk in the Royal Botanical Garden of Peradeniya.

The cultural epicenter and the hill capital of the island, Kandy is Sri Lanka’s second city and home to the Temple of the Tooth - the country’s most important religious shrine, and the traditional pageant the Esala Perahera. Although modernity and urban sprawl has changed the face of this once quaint hill station, it still carries a regal atmosphere with graceful Kandyan style architecture mingling with colonial buildings set around a tranquil lake surrounded by green hills.  The kingdom of Kandy was the last stronghold of the Sinhalese, clinging to its sovereignty long after the island had fallen to the Portuguese and Dutch and the English, preserving its own unique customs and culture until the very last. Visit the Temple of the Tooth Relic in the Evening. Arrive and check in to the Hotel. Dinner and overnight stay at Gagaadara hotel, Kandy.

Breakfast at the Hotel. Ride to Nuwara Eliya via Ramboda. On the way, visit the Tea Factory Plantation to witness the process how the world famous Ceylon Tea is being made. Hidden away high in the central mountains at an altitude of over 6000 feet, Nuwara Eliya is the resort capital of the hills – and a world away from the hot tropical beach atmosphere of the coast, not just in climate but in its character too. The British planters who flocked to the region to grow tea in the mid-19th century developed Nuwara Eliya as their summer retreat. Created as an exact replica of an English town it is often called ‘Little England’; and with its primarily colonial architecture, the stately Victoria Park, golf course, racing track, boating lake and grand period style hotels – and the cold, frequent showers of rain adding to the illusion, you could well be in an old English country town. This is the heart of the tea country, and is also a good base for excursions to discover other attractions of the hills. Arrive and check in to the Hotel. Dinner and overnight stay at Ashley Resort, Nuwara Eliya.

After Breakfast, ride to Hikkaduwa via Kitulgala. It is also a popular destination for outbound training programmes. This is an area of rolling hills, tropical rain forests and winding rivers, snug in the wet zone with two monsoons each year. For white water enthusiasts, the river offers enough spills for experienced paddlers and novices alike. However, it is imperative that you do so through a reputed and certified operator with qualified guides. Kitulgala offers rafting on Grade 3 and 4 rapids down the Kelani River swishing down through jungle, tea and rubber plantations. Just off the river, a small primeval forest, home to about 54 rare species of birds offers exciting explorations for the nature lover. Continue to Mirissa.

Regarded as the closest point to where the giant Blue whales congregate due to favourable sea conditions. The ocean around Mirissa is popular with the giants of the sea – no less than five types of whales (blue whale, Bryde’s whale, sperm whale, killer whale and pilot whale) and four kinds of dolphins (spinner dolphin, bottle nosed dolphin, striped dolphin, Risso’s dolphin) can be spotted. There are many that offer ocean trips to see these giants but it is advisable to pick certified tour operators and guides. Off shore, the pace of life is quiet with a scattering of guest houses and simple cafes on the beach. Mirissa also offers water sports facilities such as sailing, fishing, coastal cruises, river trips, sea kayaking, snorkeling and boating for those looking for some action. Arrive and check inn to the Hotel. Dinner and overnight stay at Hotel Espirit Di Ci, Mirissa.

Breakfast at the Hotel. Ride to Bentota. It is a destination for water sports such as jet skiing, deep sea and river fishing, banana boat rides, river cruise, etc., to name a few. It is an ideal place for a sea swim or if you just want to sit out in the sun reading a book. If you venture out of town towards the southern coast, there are plenty of things you can do during the day. It is also 56 kms north of the UNESCO World Heritage site of Galle which you could drive up for the day and return in the evening. You can also enjoy some local ‘Toddy’ (Alcohol prepared from Coconut) brewed early in the morning which might get you buzzing, fresh water sea food in a nearby restaurant, visit a turtle hatchery, witness the production of wooden masks all within a short distance from Bentota. You can also drive up and witness the beautifully landscaped property known as ‘Lunuganga’ designed by the world famous architect Geoffrey Bawa which is just 5 km inland from the Bentota town. The town is also famous for its ‘Ayurveda’ treatment which is an ancient herbal treatment for the body, mind and soul. There are hotels which specialize specifically for this treatment which requires a certain period and a special diet. Arrive and check in to the hotel. Dinner and overnight stay at Oasey Beach Hotel, Bentota.

Breakfast at the Hotel then ride to Negombo.  Departure transfer to the airport. (Depending on the Departure Time) 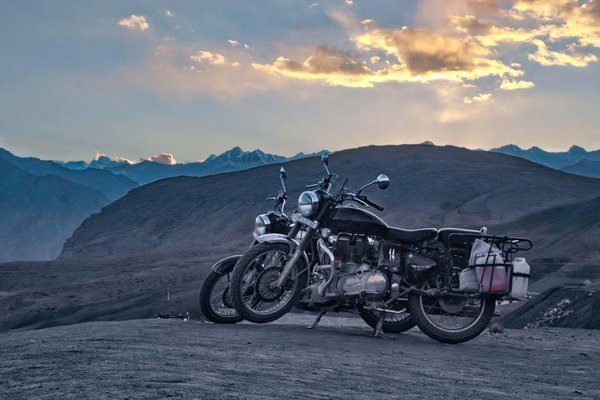