Khardungla Pass is the highest motorable pass in the world, located at a height of 5602 m(18,379 ft) from sea level in the Ladakh region of Jammu and Kashmir. It is always on the bucket list of all the riders as the adventure this place can give is unmatched. Located at a distance of about 40 km from Leh, Khardungla Pass is one of the major attractions in Ladakh. Every year, this place witnesses a lot of tourists from different parts of the world as the beauty of it is unparalleled.

The roads are maintained by the Border Roads Organisation and all types of vehicles, from bikes to heavy trucks are allowed. Khardunla has very high importance for the militaries as all the military supplies for Siachen go through it. In winter, the temperature there can go down to -30 C which is very extreme and this is the reason why every tourist visits there in summer as they don't want to get trapped amidst heavy snowfall. 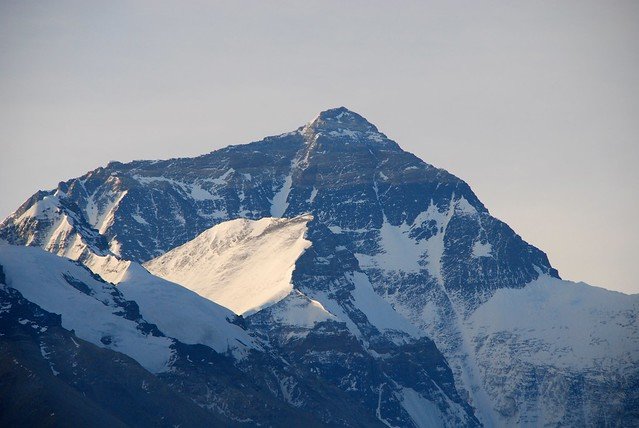 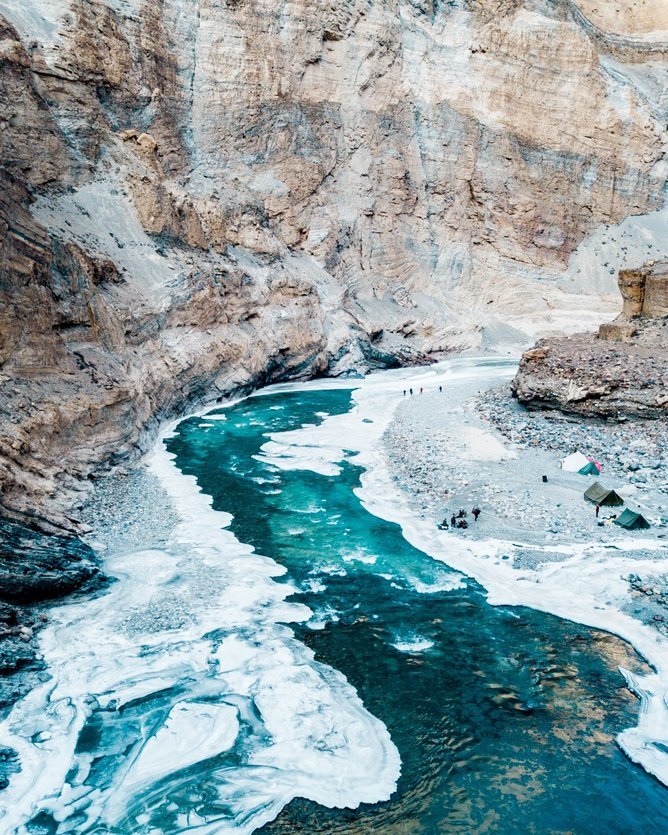 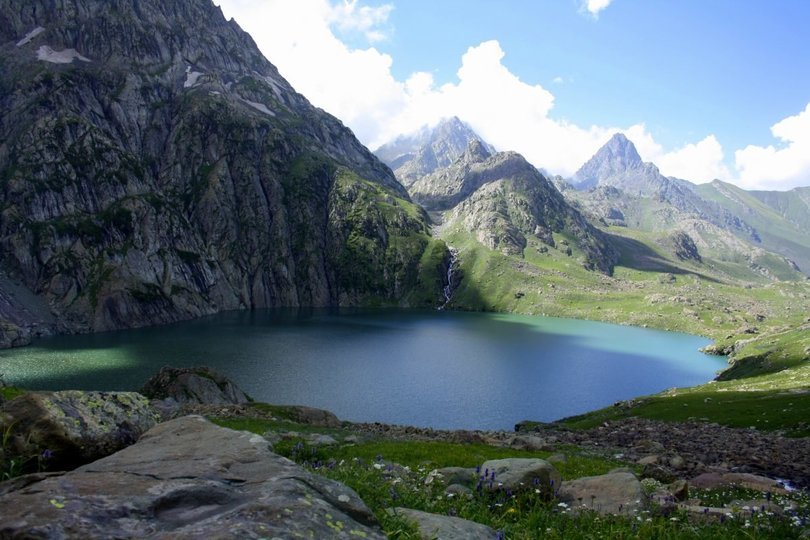 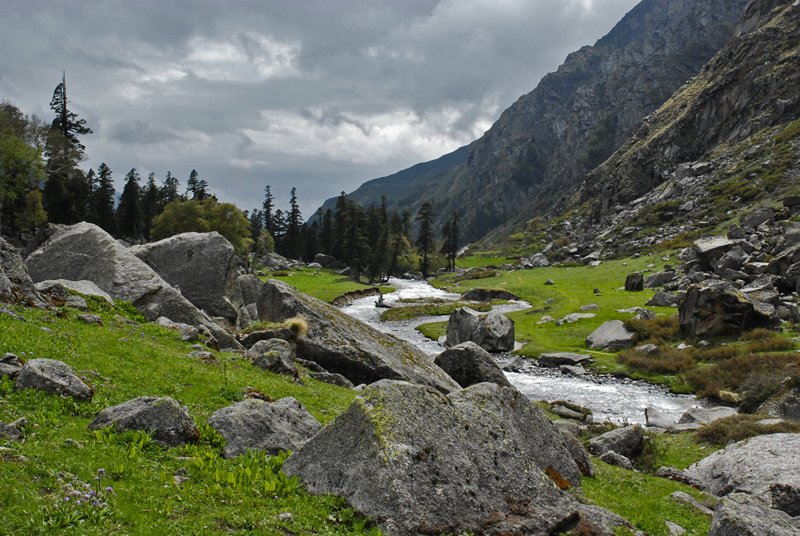 Khardungla Pass has an arctic tundra climate with short, cool summers and long, very cold winters. March to May and September to October are the greatest months to visit Khardungla. The reign witnesses an abundance of sunshine, with the temperature lingering around 21 degrees celsius during summer.

Nights are relatively colder than the daytime as the temperature experiences a significant drop down at 7 degrees Celsius or below. Khardung La is isolated during the spring (June to August) because of the constant rainfall. January to February is the winter season which is equally challenging as the reign witnesses heavy rainfall. The temperature drops to -30 degrees celsius during winters. It becomes quite tough due to the excruciating cold and the increased frequency of rainfall.

How to reach Khardungla Pass

Khardung La is a mountain pass in the Leh district of the Indian union territory of Ladakh. From Leh, Khardung La pass is 39 km by road. Earlier, the roads were primarily lost rock, dirt and snowmelt, the first 24 km from the South pullu checkpoint, were paved and from there north pullu checkpoint is about 15 km beyond the pass. But now the roads were paved. It is better to say that- “Beauty is what this place is abundant with but it’s a bit tricky to reach like  every other perfect dream.”

There are no accommodation options at Khardung La unless you travel with your own tents that you can pitch along the roadside. Since Leh is the closest town with plenty of accommodation. Do carry packed food for the journey and keep hydrating yourselves. People are required to check-in and must have photocopies of the permit which have to be deposited at each checkpost. The road is closed from October to May due to snow and is often subject to long delays due to traffic congestion on narrow lane sections.

How to get an Inner Line Permit?

3. For foreigners, a valid passport with a visa is necessary to get the permit.

4. Even if you are travelling solo, you can get a permit. Khardung La pass is known as the gateway to Shyok and Nubra valleys in the Ladakh region. Khardung La pass is famous for motor rides, especially among youngsters. It is included as a bucket list place, because of its scenic view people stop and click lots of photographs. Places nearby that are also a point of interest are Leh Palace, Spituk monastery.

Must haves for Khardungla Pass

At Khardungla Pass, Oxygen and air pressure levels are sunken so it is advised not to involve yourself in vigorous breathing activities as it will lead to health problems. Spending more than 25 minutes can cause altitude sickness. Oxygen levels are 50% truncated at the altitude making it difficult to breathe if not taken proper precautions.

If you are planning to go to KhardungLa pass, here is a list of essential things you need to carry with you.

10. Nylon tees- if it rains, nylon tees will dry easily.

Dishes to try in Khardungla Pass

Khardung La Pass is famous for its view and astonishing location but the food here is also something which you will love unreservedly. Here are a few dishes which you surely wanna try next time you visit in Khardung La Pass.

1. Chutagi - Most famous food here in Khardung La pass is Chutagi(400) which is also known as dumpling soup. It is made with flour which is made into a bow shape and then cooked with soup which consists of vegetables like potatoes, carrots and spinach. Chutagi looks like pasta dishes but it is made up of vegetables and mutton. Considering the nutritional value, Chutagi is more nutritious than pasta. (457)

2. Paba-  Paba is made up of barley flour which is roasted and then it is kneaded in oil. It is eaten with sugar or buttermilk which is authentic Tangthur and Zathura.

3. Momo- It is a very popular dish that has also been widely accepted all over India. A lot of variations are also available in the food industry for momo but the authentic momo is something that you cannot afford to miss.

1.Which is the highest pass in the world?

Ans. Khardungla Pass is the highest Pass of the world as it is located at a height of 5602 m above sea level.

Ans. It is a very safe place to visit. But one should always take precautions as the height of this place is 5602, you might feel Acute Mountain Sickness. If you have a small baby, then you should avoid this place.

3. Which is the best time to visit Khardung La Pass?

Ans. Summer (April to July) is the best time to visit Khardungla as the temperature remains warm, but still, you will find some snow. In winter( October to February) it mostly remains closed due to heavy snowfall and the temperature goes as below as -30C.

4. Is KhardungLa pass open in December?

Ans. Yes, it is open most of the time but busses might not operate due to heavy snowfall and also, slippery roads. Tourists with their own bikes still visit as they only seek adventure and want to ride in one of the extreme weathers.