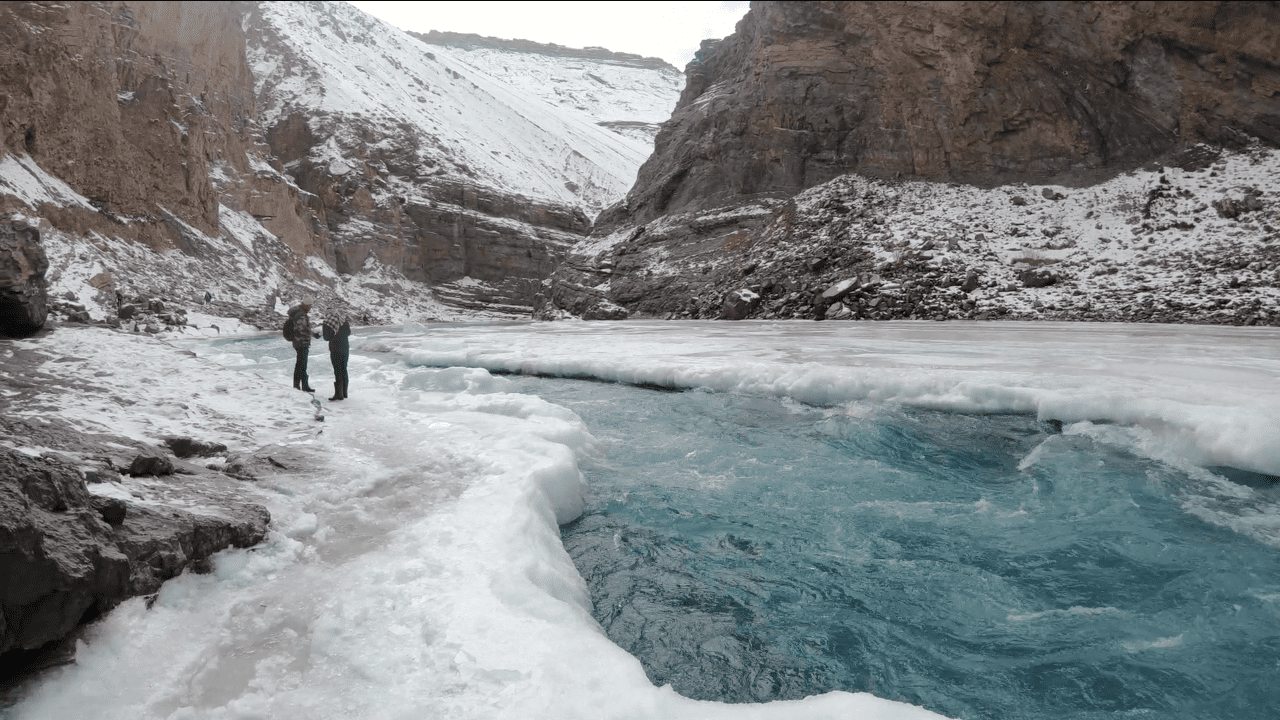 The Chadar trek is a winter trail in Ladakh. It is in the Zanskar valley to the southwest of Leh and surrounded by the Himalayan and Zanskar mountains.  This used to be the only way in and out for the Zanskaris during the winters as all other routes were blocked due to the snowfall. Today, the Chadar frozen river trek is gaining popularity as an adventure activity with adventure seekers wanting to experience this trek for themselves. This is one of the most famous treks in the world with pictures of it widely displayed all over. Chadar literally means blanket and it is called so because the rapid Zanskar River freezes during the cold winters during the months of January to February. This is also a place where the Buddhist heritage is preserved and there are many monasteries present here and a lot of religious activities taking place.

Showing 1 of 1 experience Sort by

This trek takes place in inhospitable conditions with the temperature during the day dropping to minus 10 degrees and minus 20-25 degrees during the nights. What sets this trek apart from the others is that though there are such harsh conditions it is not a very difficult trek. The trek lasts roughly for 8 days thus there is camping involved too. The Chadar frozen river trek considered to be a very exciting and unique trek due to obvious reasons. Besides the biting cold there is not much to worry about during the trek and once the cold is ignored this is an extraordinary experience. Catch a glimpse of the snowy mountains during the trek and regain your energy camping at the caves here.